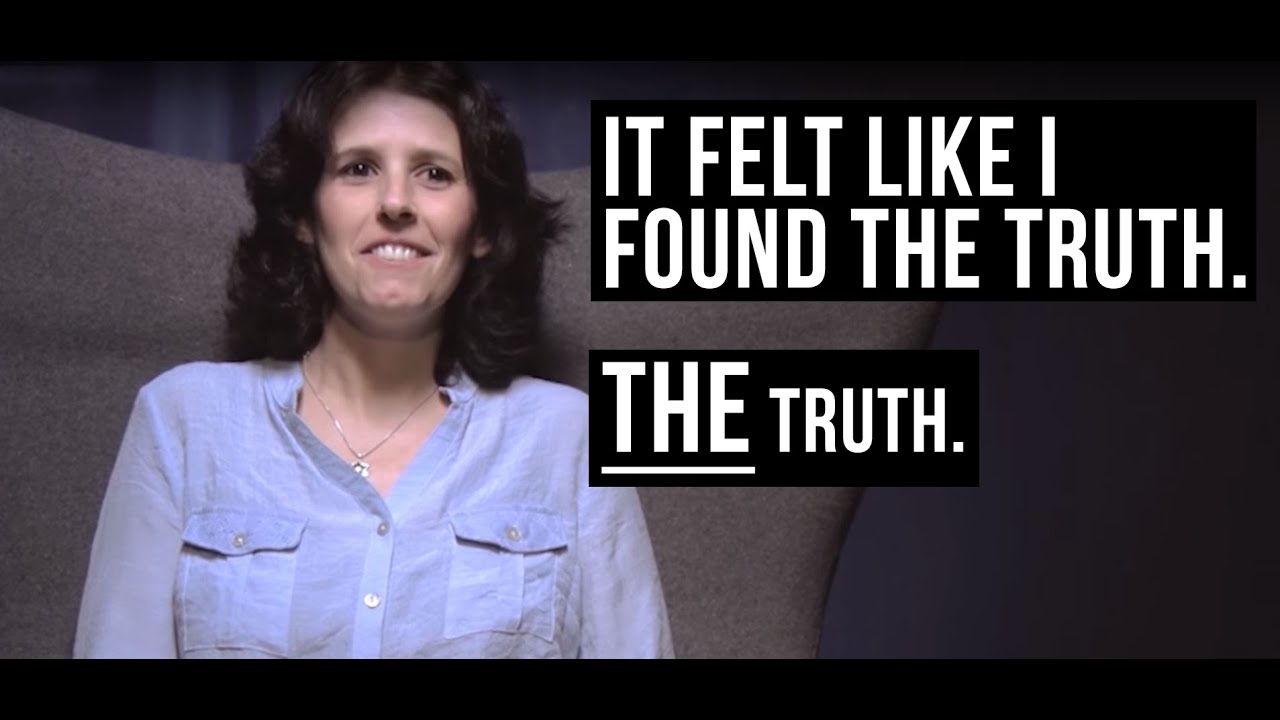 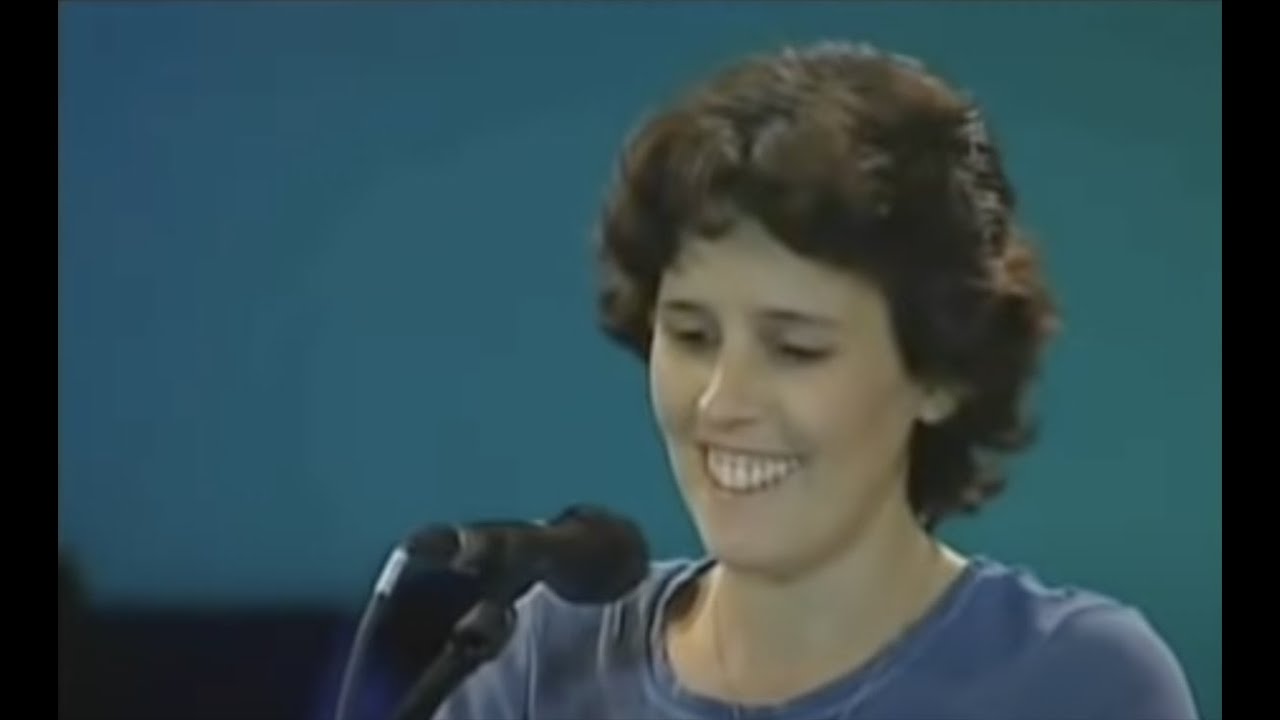 My name is Ayelet which is Hebrew for the “Doe of the Dawn” (Psalm 22:1). I am Jewish, was born and raised in Israel and like the majority of people in Israel, my family was not religious.

Growing up in Israel, Jesus is not someone people are encouraged to learn about…to the contrary! It is considered a sin or betrayal in the Jewish people to have anything to do with Jesus. Jewish people who do choose to follow Jesus are considered like Gentiles in the eyes of the orthodox Jews. Honestly, growing up, I didn’t even know that there are Jewish people who believe in Jesus.

When I was 23, I left Israel for the first time and came to America. All of a sudden I was in a new country, new culture, new everything but for some bizarre reason, from the moment I set my feet here in America, I felt very much at home.

My husband and I were married in a Jewish Ceremony in 2000. Soon after that we had a beautiful son & daughter. I was a stay at home mom in a little house in the woods. Many times, the only adult I would see during the day was my husband. I wasn’t happy. I lived in a SPIRITUAL community and was not able to connect spiritually, it just didn’t do it for me – Something was still missing and I didn’t know how to find it!

To tell a long story short, our life directed us to move to the city. All of a sudden it seemed there is a church around every corner, crosses everywhere and it is just screaming “Jesus” all around. It wasn’t for me….(well, that’s what I thought…) after all I was Jewish and was taught that Jesus is for the Gentiles only. I felt a big need to get re-connected to my Jewish origins and my heritage especially now that my son was starting to understand more. I wanted him to be able to learn about his heritage as well.

I started to notice the churches everywhere more and more and I found myself wondering how come SO many people around me and all over the world believe in Jesus? Could they all be wrong?

I had a big urge to investigate into it, to know what is the story of Jesus and why Christianity is the biggest religion in the world? I started to search the internet, read, watch movies and documentaries. The more I found out, the more amazed I was at how much sense it all made!

One big point that was made clear to me early in my “quest” was that Jesus was born in Israel, his Hebrew name was Y’eshua, he was Jewish in all ways, he celebrated the Jewish holidays, kept kosher and kept the Sabbath as the holy day. All of his disciples were 100% Jewish – so what happened??? Why did the Jewish bible stop where it stopped? I did not believe that God lost interest in us at the end of the Old Testament. I had to find out for myself!

I went and bought a copy of the New Testament – a book that is considered a curse to have in an orthodox Jewish home! I started reading and loved every moment of it! I have literally become obsessed in my “quest”. My focus, for the most part, was in comparing Judaism and Christianity with a great deal of apologetic material. I spent many hours talking to Christians, a rabbi as well as Messianic Jews about it all and the more I found out, the more amazed I was. I couldn’t believe it! My views of the world, life and people started to change. Things I thought I once believed where replaced with the word of God. From the beginning of my “quest” it became very clear to me and I felt very strong that the bible IS the word of God. I have no doubt in that today!

In the course of a few months I have grown closer and closer to God. God has opened my eyes and my heart to know for the first time in my life His full story. I believe in all my heart that God was with me since day one, he led me to America, to the spiritual community and to where I am today for me to re-connect with Him. I believe it would have been so much harder to make this happen if I was still living in Israel.

But still, although everything made total sense, I was not quite ready to let go and surrender.

On April 2008 a friend introduced me to her church. I met with the Pastor ready to ask him a lot more questions and he made two recommendations for me: first, he said it is OK to have questions, and second, that I will always have more questions, but sometimes it’s good to leave some room for faith. He also encouraged me to read the Gospel of John which I had not read at that time.

I took his advice seriously… went home and started to read the Gospel of John. I also decided to let go of some of those questions… at least for now, and just try to let go…think less…and feel more of what is happening IN me.

I finished reading John and all of a sudden it was all clear to me! I believed! I believed it all! I went down on my knees and asked Jesus into my life! I even did it a few times…in Hebrew, in English, in Hebrew again…just to make sure… There wasn’t any thunder and lightning and nothing changed on the outside but my heart has changed from that moment on in a way that I have never felt before! NOTHING was missing anymore! I re-connected with God and I had no doubt about it!

My family in Israel, naturally having a hard time with the whole idea. I’ve been praying to God to help me and them through it, and to give me the strength and support I need in the process. I have no doubt He is with me, helping me and guiding me through it all. I am finding that life challenges are so much easier to go through with God on my side then without! I have discovered the power of prayer! It is UNBELIEVABLE – Highly recommended!

I have a new identity now – I am Jewish and I believe in Jesus. I did not convert to another religion but by believing in Jesus as the Jewish Messiah I am now a “Completed Jew”. This is a very important point to understand especially for my immediate family and friends in Israel.

This has been, and is still, an amazing journey for me. Up until a few months before I came to faith I would have never thought that I will ever believe in Jesus! And here I am! Getting Baptized, is the most natural next step for me in this journey and in my new life with Y’eshua, with Jesus.

I am thankful for all the beautiful people that I have met in my “quest”. For all the new friends that came my way and for all the prayers and support I received from everyone.

My “quest” is far from being over…in many ways it is just beginning… I am looking forward to every moment of it and to find out what God has in store for me.

And most of all I thank God for showing me the way, the one and only truth, for loving me as much… and for Y’eshua!

I am Jewish and I Believe in Yeshua!